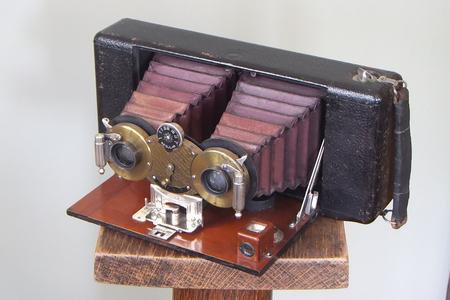 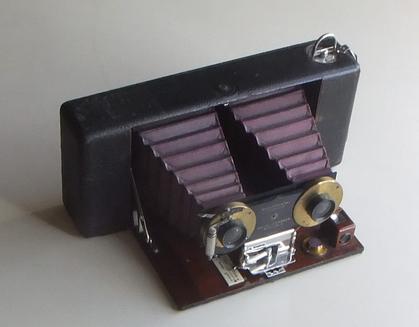 A SELECTION FROM MY COLLLECTION

I AM SHOWING THESE AS BOTH REGULAR AND ANAGLYPH ( RED/BLUE) THAT I SHOT WITH MY FUJI W3 AND USED STEREOPHOTOMAKER TO CONVERT TO ANAGLYPH. IF ONE IS SHOWING STEREO CAMERAS THEN ONE SHOULD SHOW THEM IN STEREO. MORE CAMERAS TO THE RIGHT. 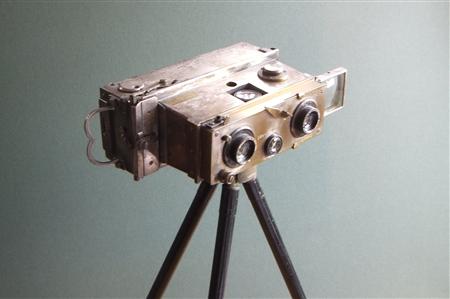 BLAIR CAMERA COMPANY STEREO HAWKEYE NUMBER 1. THE LENS SAYS ROCHESTER N.Y. SO I ASSUME KODAK OWNED THEM AT THIS POINT IN TIME. ANAGLYPH BELOW. 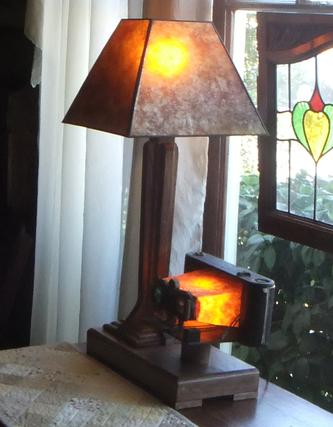 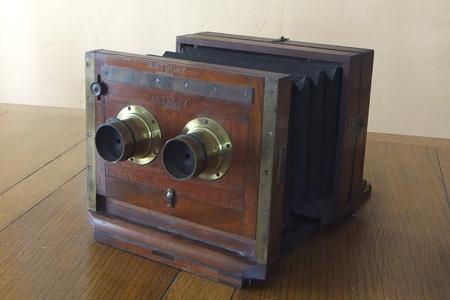 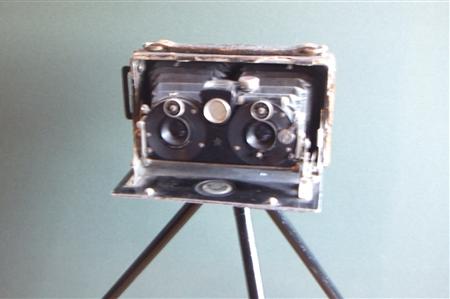 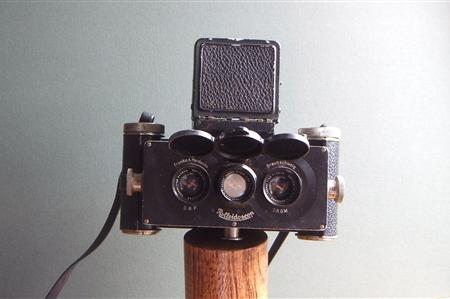 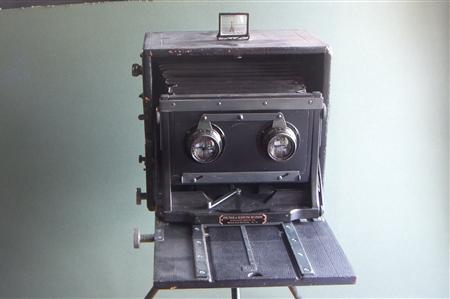 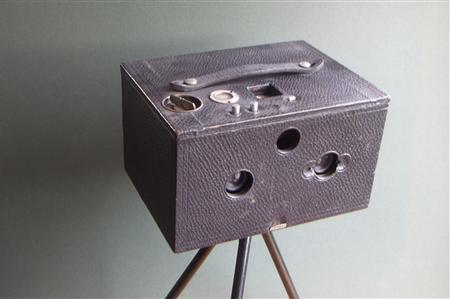 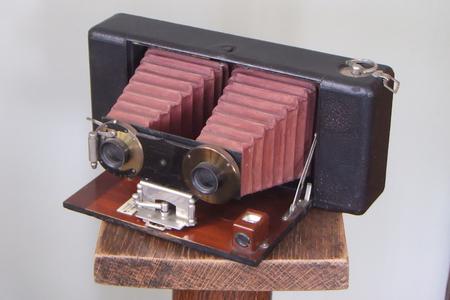 Anthony 5 by 8 stereo camera with Dallmeyer Waterhouse lenses from 1871. the camera was possibly made by John Stock & Company. Anayglyph view below.

Rolleidoscop with built in lens caps. 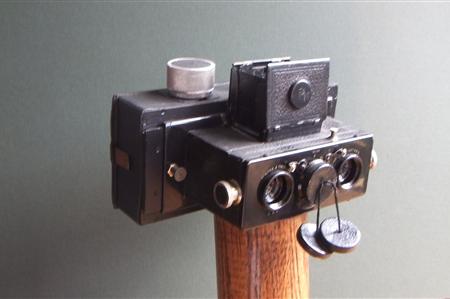 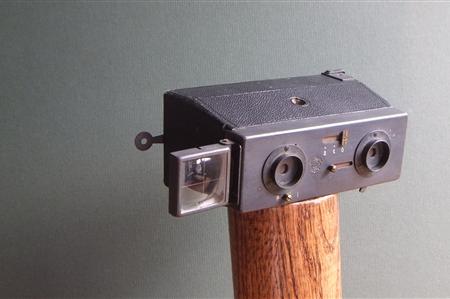 Kodak no. 2 Stereo Brownie. Love the wood lens board. 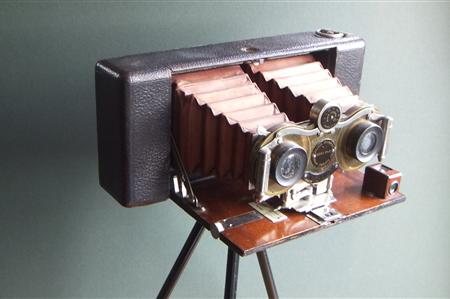 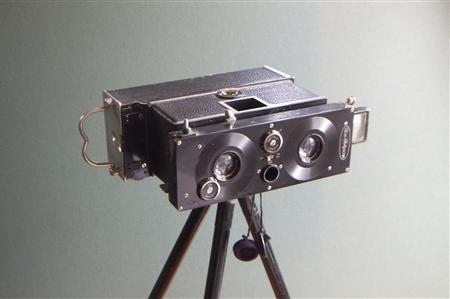 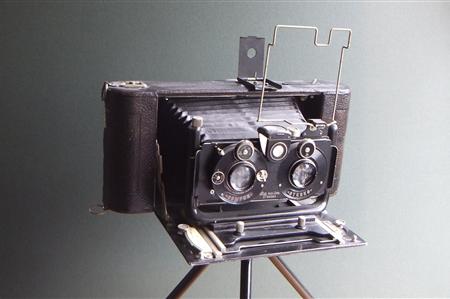 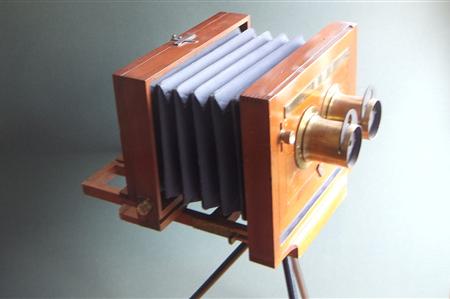 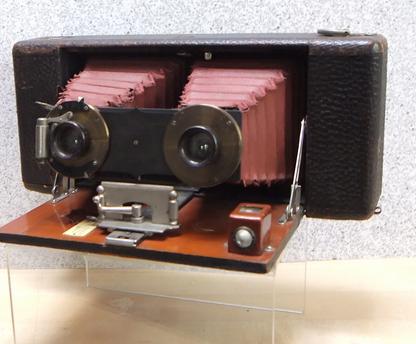 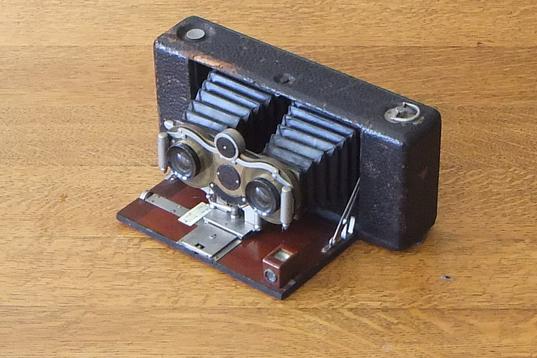 Richard glyphoscope. doubles as a viewer.

Linex, made by the Lionel train manufacturer. 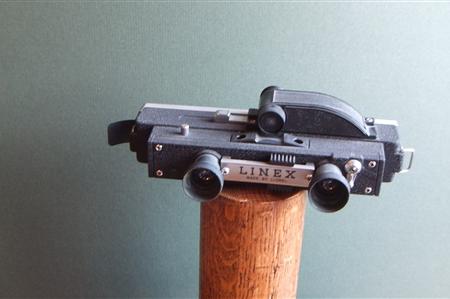 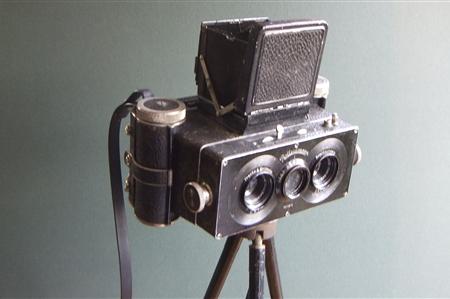 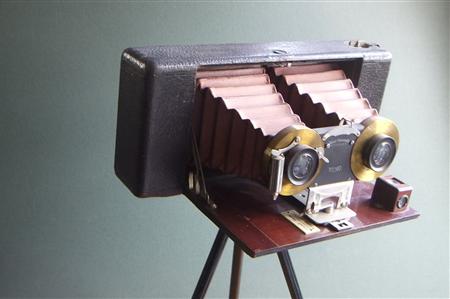 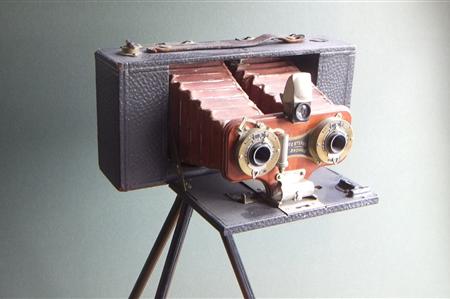 THIS ROW SHOULD BE VIEWED WITH RED/BLUE ANAGLYPH GLASSES. 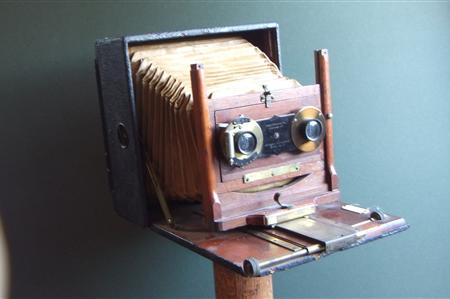 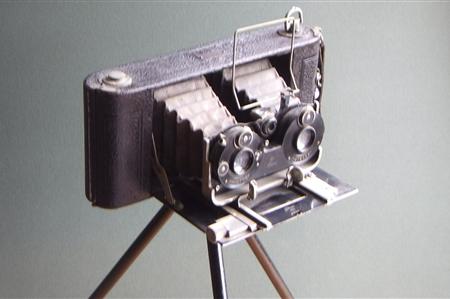 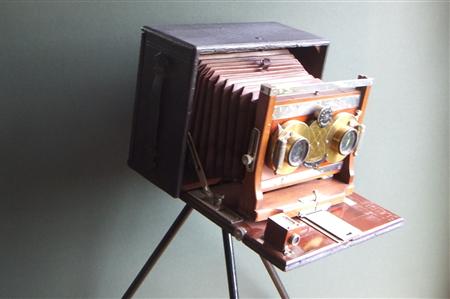 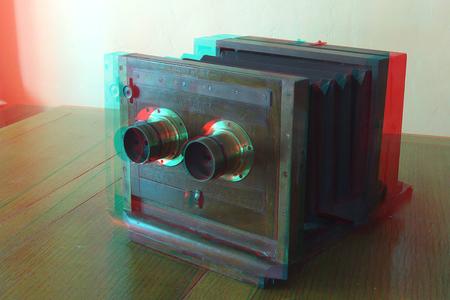 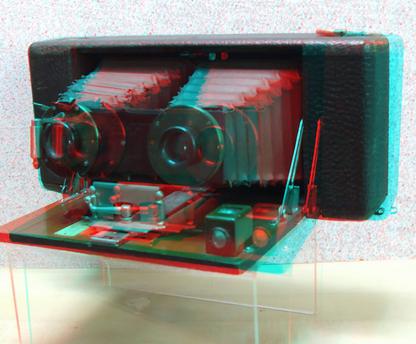 Another Richard Verascope. For 6 by 13 CM glass plates.

Another Blair camera after Kodak purchase. 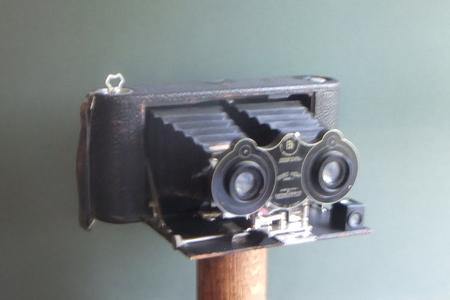 Ihagee sold by Heaton in England. My 120 user for years.

THIS IS A STEREO HAWKEYE MODEL 6 BY EASTMAN KODAK  CO. SUCESSORS TO BLAIR CAMERA CO,

This Kodak Stereo No. 1 had its bellows fall off so I made it into a night light to go with this Craftsman lamp I made. 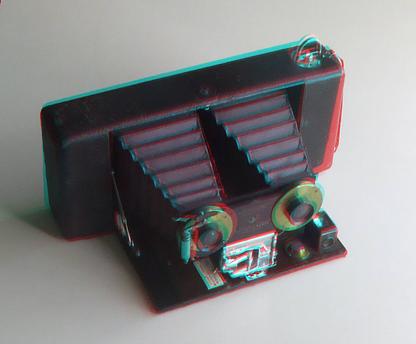 Premo 5 by 7 with wide lens board for stereo lens. 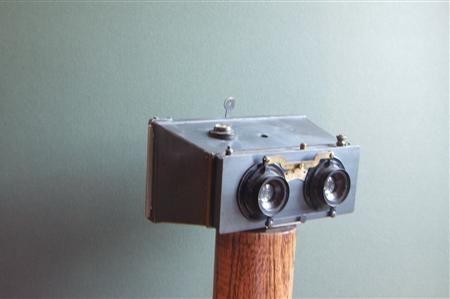